GRAPHIC WARNING: Some images in this post are inappropriate for certain audiences.

Spiders, they are such useful critters, but give me the heevee-jeevees like no other! I can deal with pretty much any bug, but put a spider near me and all common sense and logic flies out the window. I begin to get paranoid that they are waiting to jump on me…not necessarily bite, but just jump at and on me. My parents laugh because I have a spidey-sense…as in I can sense when their eight beady eyes are watching me. Even as I am writing this, I am getting goose-bumps and my skin is crawling. 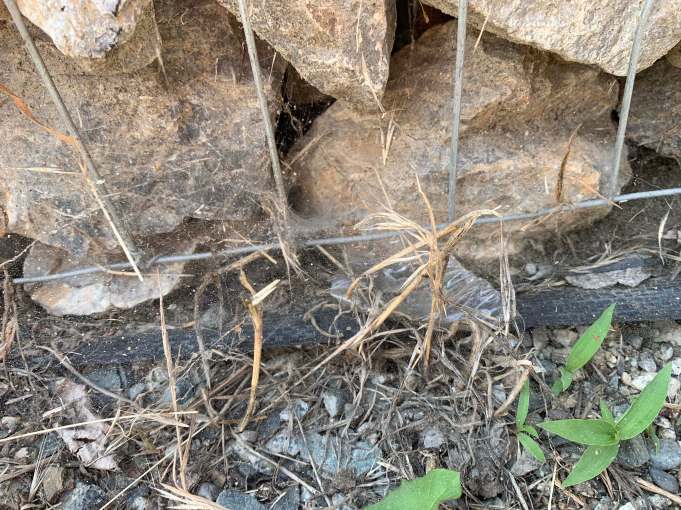 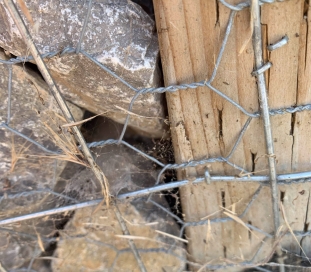 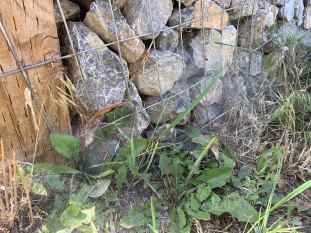 Anyways, where this topic of conversation is going, is that our rock walls are a breeding ground and perfect home for all types of spiders. And we are ok with that because they keep the pesky bugs populations down. Even if I see them, as long as they are not in my way, or in a place that I need to be in the direct vicinity of, then they are more than welcome to just do their thing. However, if they are in my area, or somewhere I need to be, then they unfortunately have to die.

K managed to get off work early, earlier this week, and decided to help me out with a little project of his own. K doesn’t really build stuff on his own, or at least he hasn’t in the past, so when I got a txt message from him telling me that he had been in the shop for a bit building me something, I got pretty excited. I wouldn’t let him send me a picture or tell me what it was, because I didn’t want to ruin the surprise. The only hint he gave me was that it was something I would use almost daily. I was stumped. 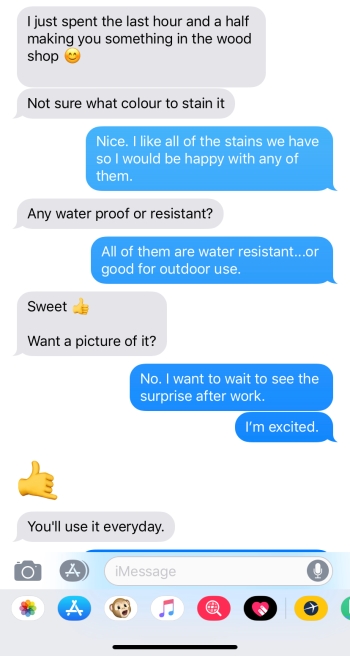 When I got home, he showed me his creation, and he was right, I will and have used it almost every day since he made it. He created a little web cleaner/spider killing stick for me, with a little flair. Using the scroll-saw, he carved a little hand giving the finger, which is essentially how I feel when I have to deal with a spider that is in my area. It was very fitting. The shape has also proven to be quite useful. The finger gets into little nooks and crannies like the corners of the strawberry beds. 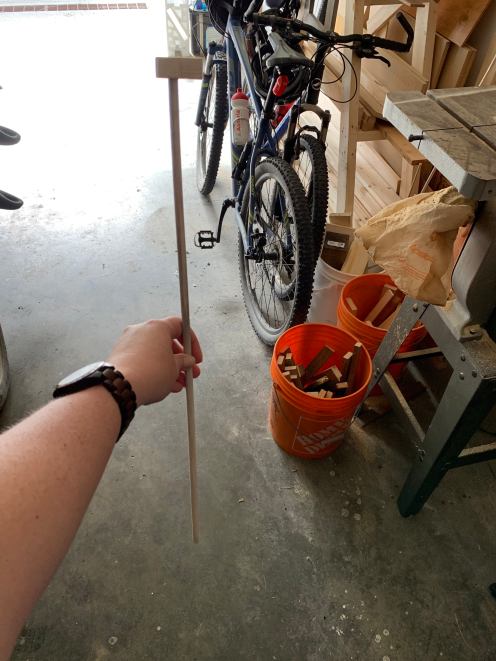 He mostly got this idea because of having to clean out the strawberry beds every time I want to pick some of our berries. I had been using a random stick for most of the spring/summer so far to clear the webbing so that I feel comfortable putting my hand in to grab the berries. So far, I haven’t really killed any of the spiders in that area because they are keeping the bugs that usually nibble on our berries away. But that might change. Today, I had to fight a daddy-long-legs for one of my strawberries. He kept coming back, despite having been shooed away a few times. 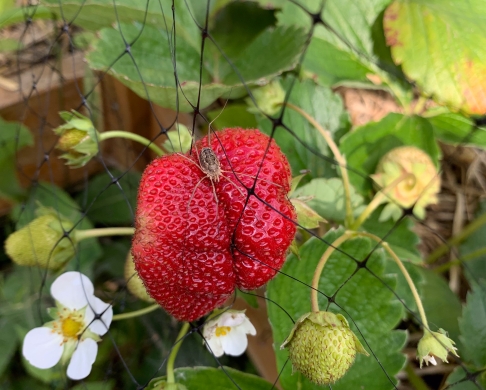 The other area that his spider stick has come in handy is finishing up the wall. On the same night he gifted me my stick, we decided to wire up the little section of wall that goes perpendicular to the wall we just finished, creating the solid base for the path landing. As I was stretching out the landscaping fabric (it had been sitting on the ground for a few months), I felt the creepy caress of some spider legs. When you can feel the legs touch you, you know it is going to be a big one. I was expecting a hairy wolf spider, but instead found myself looking at a horrifyingly beautiful black widow, and she was BIG.

Wolfies are gross with their hair, and they creep me out with how fast they are; Daddy-long-legs are just easy killing; and the albino spiders are just gross looking. But the black widows, I don’t mess with those. They are poisonous, though in this area, they aren’t going to kill you. Regardless, they are the one spider that I will kill on sight, no matter where I find them, in my space or not.

After much heevee-jeevee dancing and a very quick retreat, I went and grabbed my spider stick to kill the plump lady. K and I had to take turns because she kept moving to one side of the post to the other, which resulted in more of us doing the creeped out dance. Finally, K got the kill with the stick. Best present ever!

Needless to say, we needed to take a break from finishing that section of wall to do a thorough kill session. We don’t usually use any sort of pesticide in our yard because it is where we grow food and our dogs play, but in this case, we decided to play it safe and sprayed down the one corner with an “earth-blends” (not sure it is any better than the normal stuff…probably just a marketing schtick) spider killer. We will try again another day, once we have gotten the image of that large black widow out of our brains.