Justification of our decision to hire a company to come in and remove our juniper problem was easy…we wanted to not be crippled by the ripe age of 30. We decided on a number that we were willing to spend to have someone come in with a machine and pop those lush green plants out by the roots.

We got a few quotes and eventually chose to go with a local landscaping company. It had started off as a 1 man & 1 truck business and had developed into a mid-size successful business. Being so new to doing major work on our house, we ended up going with them because it was a comfort working with someone who had so many references and awards. Also, the estimate provided was not much more than what most of our estimates were.

So we sheduled them and planned for our yard to make a major transformation. Now, our top portion is beautifully landscaped and we were fully under the impression that we would have some work to do after that bobcat rolled over the grass and into the only garden area we currently had. The company said they would make as little impact as possible, but we were skeptical. They were bringing in a small machine that would roll its tracks right over a good portion of our beautiful yard. 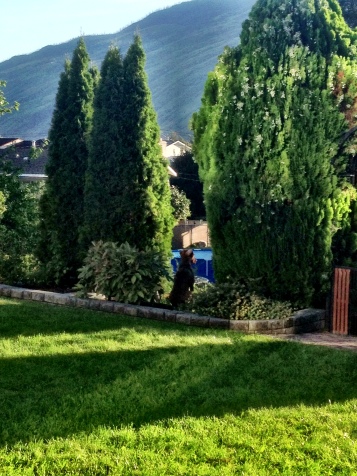 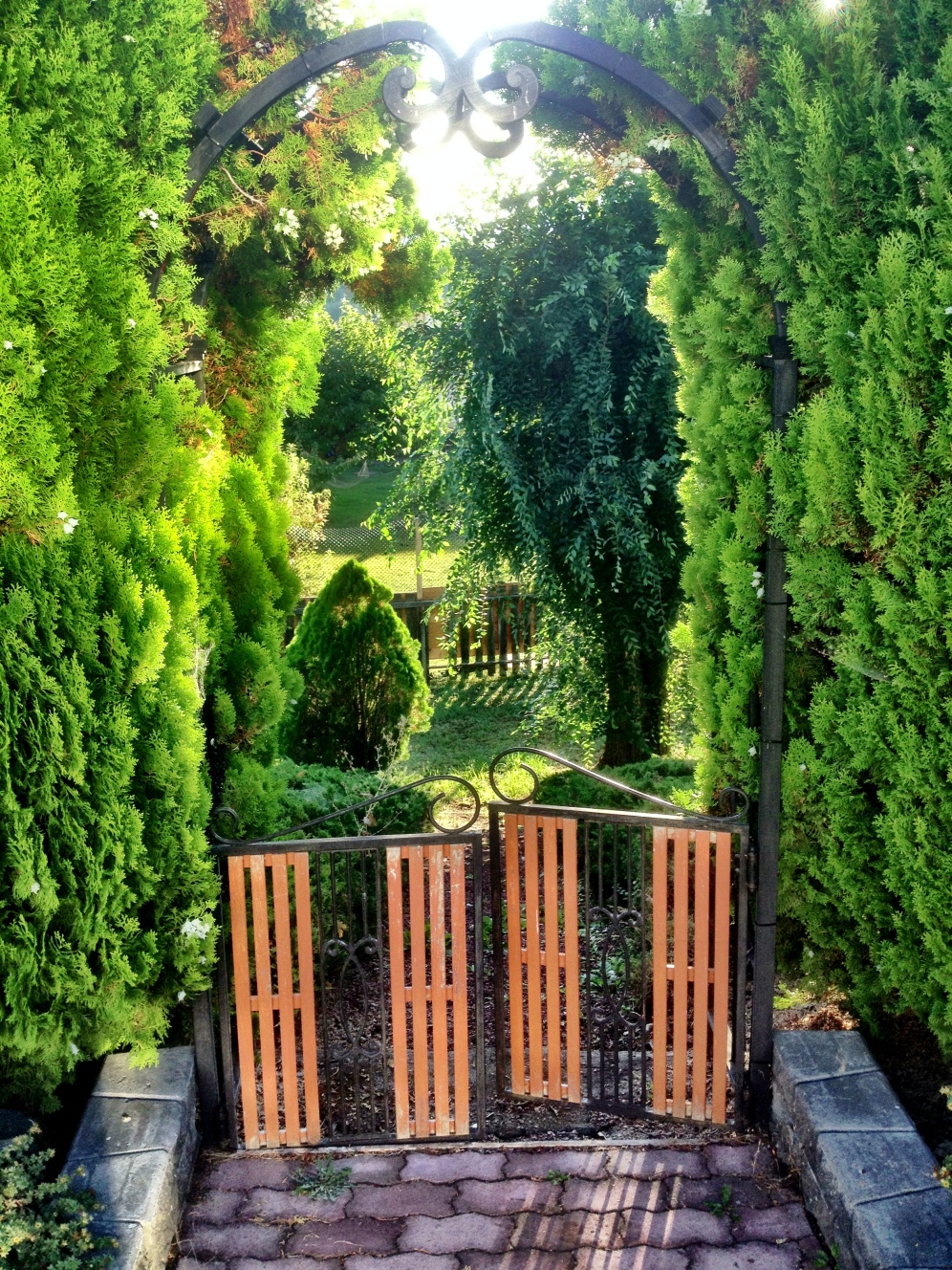 Our yard is not the most accessible. There is a small path down the one side of our house and we hoped they would be able to get the machine down that space. It was easy to take out a fence panel to provide access. If they couldn’t get it down that side, it was going to be a little tougher. The fence on the other side was built into our concrete path and had a small gate that was narrower than the path was. We just hoped for the best and hinged our hopes on the rough measurements that the estimate guy did with his feet.

The day came and as they unloaded the machine, I grew more skeptical. No way was that making it down the side of our house. Even if it did fit, it was probably going to snag on the siding, or tear the cable from the front corner of the roof…I started visualizing the worst case scenarios. I am not a “Negative Nancy” by any means. I like to think positive, but my job requires me to prepare for all of the worst case scenarios so that I can fix them before they happen….apparently that skill-set (some would say curse) apparently reared its smarmy head.

Again, the back area is not easy to access via machine. The arch is too narrow, and we have some beautiful privacy cedars spaced along the top of the slope to provide some privacy from our neighbours. He rolled up to the garden, rolled it in and started plucking….and it was a beautiful thing. That machine plucked those junipers like little flowers. As he plucked, he would make a pile and the other guy would load it into a large dumptruck. This ballet went on for about 4 hours. As he cleared, he inched deeper into the yard. The machine rocked and rolled with some of the larger roots, and the angle got steeper and steeper as he rolled it down the slope. I wasn’t worried, he had it, he owned it, that machine listened to his commands.

They broke for lunch and took a load of the junipers to the local compost site. And I took advantage of not seeming like the “overseeing client” and went and snapped some photos. I hate it when clients watch my every move, so I was determined to not do that…or at least not have them notice me doing it. 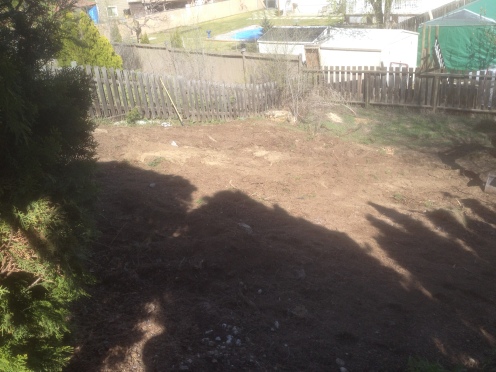 By the end of the day, the yard was almost completely clear of those spider-breeding junipers. It was now a large dusty, dirty hillside, littered with rotting juniper needles…it looked desolate and sad.

The next day the guys came back and were finished with the junipers within an hour. It was done…that quick…that easy. They offered to scrape the surface to collect all the needles into a pile in the back. He suggested keeping it as it would compost itself and turn into beautiful soil in a few years. We had plans of getting some compost bins anyway, so went ahead with his suggestion.

Next they chopped down our 20′ weed…ahem, I mean tree. When we bought our house, the tree had been cut down and there was a 20′ stump. It was neat and we figured we would put some bird feeders and houses up on it and integrate it into our garden. Within a month of moving in, it was a lush, bushy tree again. We liked it, so we kept it and figured we would prune it back in the spring. By the time we got to clearing the yard of junipers we realized the tree was worse than any weed. It was sending seed everywhere and little trees were starting EVERYWHERE! And they grew fast, with roots deeper and more persistent than the juniper roots. It is a horrible tree…I do not wish it on anyone. So we cut the stump down to a managable level with the plans of keeping it trimmed, or somehow tarring the top to stop it from growing. HA!

Anyways, back to the yard. It was finally clear, the tree stump was down to a level that we could manage and we finally got a good look at what we had to work with. And it began, the churning of thoughts and dreams, choosing the ideas that would work and discarding the ones that wouldn’t. This dream yard that we had talked about so much was that much closer to reality, just with that one look.